We picture the dynamics of Life

In the last decade, heterogeneity within biological systems was established as a key factor not only of their robustness and adaptability, but also as a key determinant of pathogenesis, treatment failure and disease relapse. If gene expression variability account for the heterogeneity, its propagation and diffusion within the population are achieved via the secretion of various molecules (the secretome). Both layers of complexity must be considered to get the complete picture of inherently evolving biological system.
At MicroOmiX, we have designed a droplet microfluidics workflow aiming at performing secretome analysis at the single cell level. Based on a proprietary SCA-compatible capture and purification system, our platform enables not only the capture and analysis of secreted biomarker messengers secreted by each of the millions of individual cells, but also the sorting and recovery of the high value sub-populations.
These unprecedented capabilities open up opportunities to solve acute problems, notably for the development of clones for the production of antibodies and proteins competitors, for the selection of cell populations in cell therapy or for the profiling and purification of activated T cells in immuno-oncology. 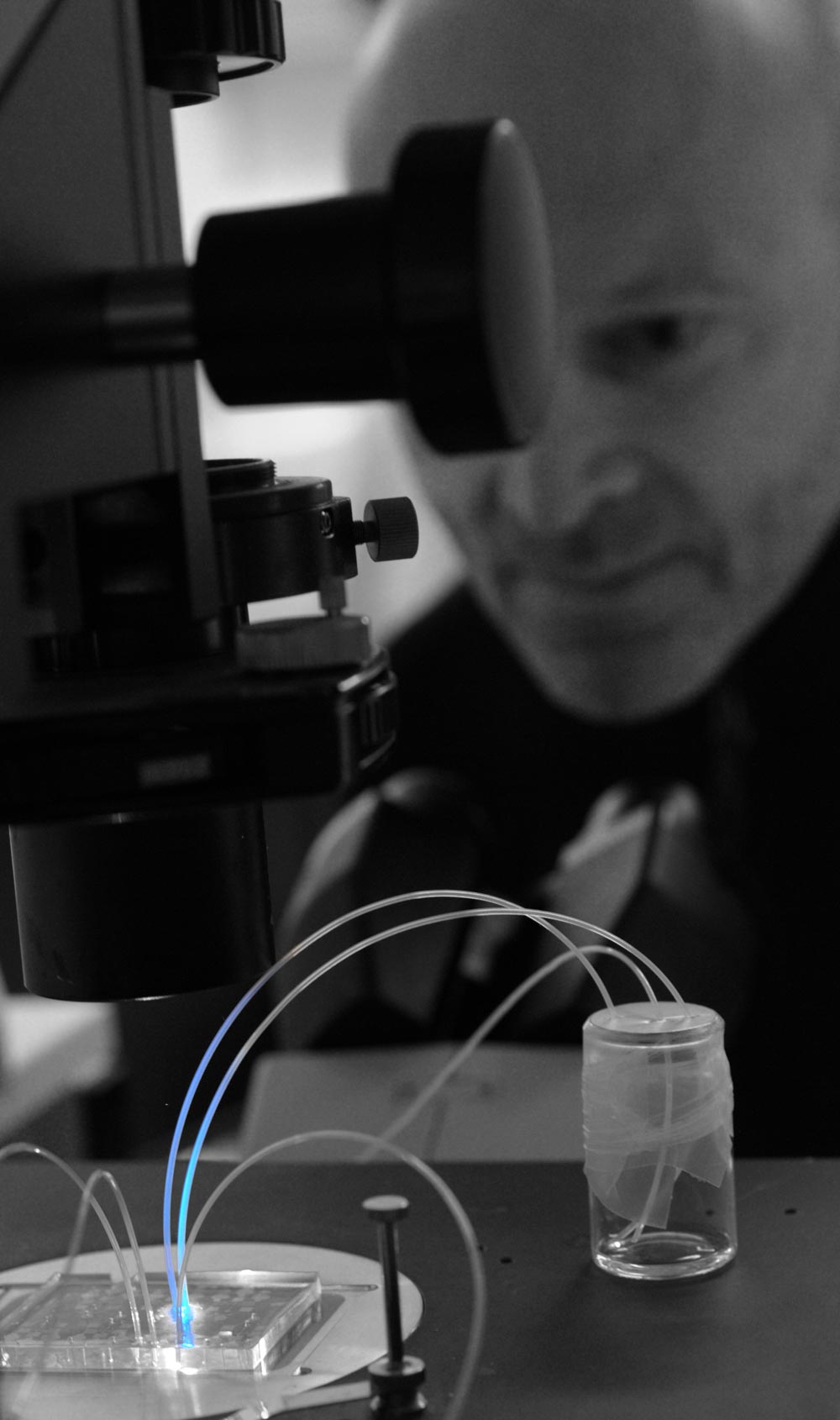 Based on a two-component molecular system and a so-called bio-orthogonal chemical reaction, the MicroOmiX technology allows direct use of the internal surface of the droplet for capturing biomarkers. This enables isolation of each cell within a nanoliter size incubator decorated with a tailored cocktail of biomarker capture probes at its surface. European Patent N° 16,305,394.5; PCT / EP / 2017/058035). 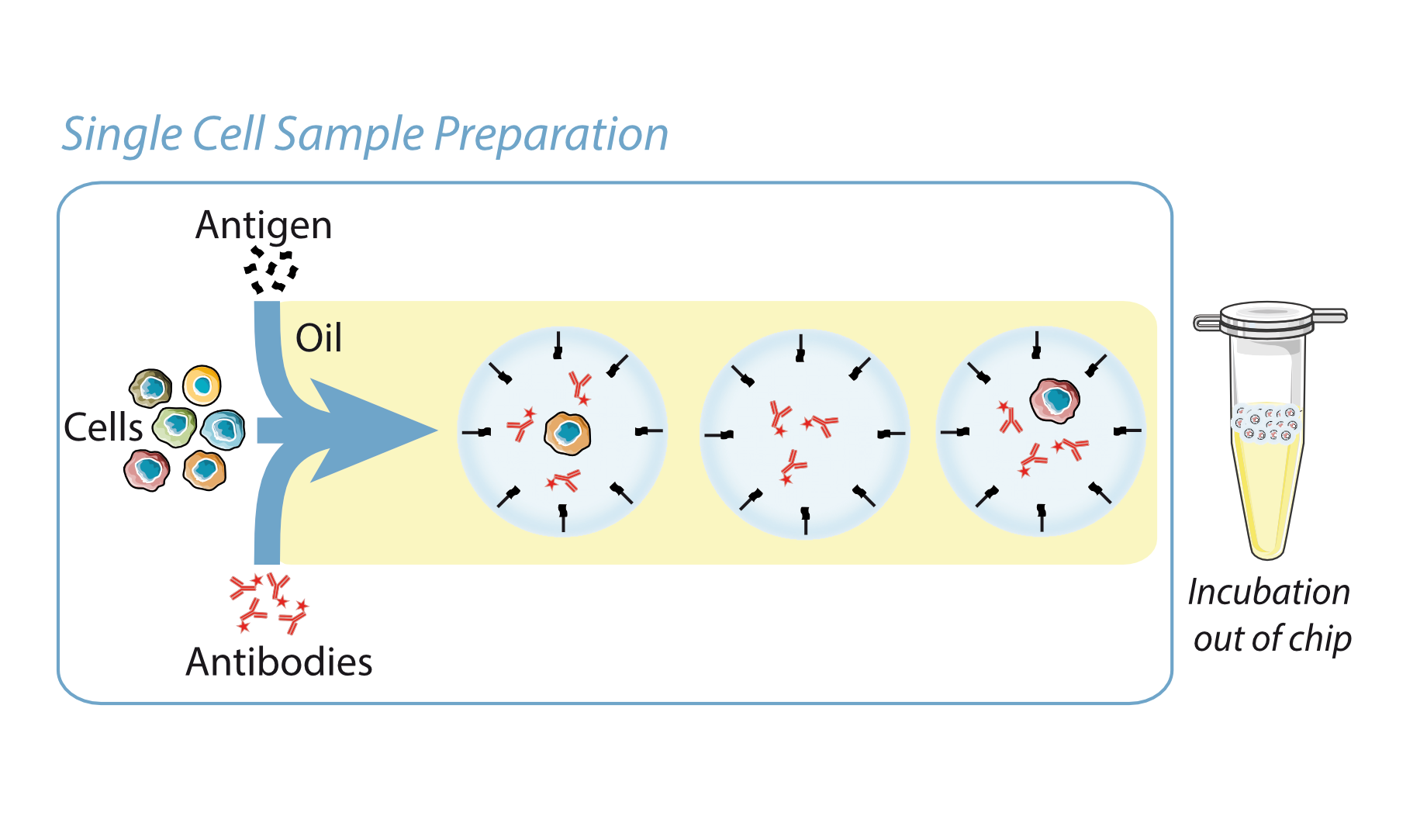 The resulting cell-in droplet can be kept alive for up to four days giving them time to secrete they signature biomarkers which are capture at the interface. On-line analysis and sorting based on characteristic fluorescence signal allows the recovery of selected sub populations.